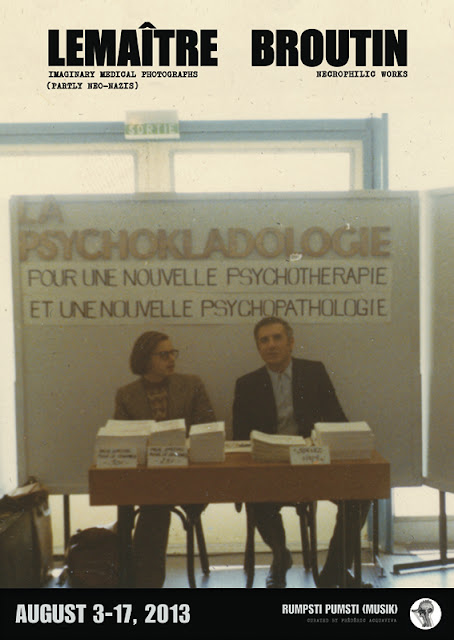 (Exhibition Poster, A2 size, Edition of 60, signed & numbered by Broutin)

Maurice Lemaître (born 1926) is the last historical lettrist alive. Ever since his arrival in 1949 at the beginning of the Lettrist movement, Maurice Lemaître has been engaged in a quest for creative armament, helping Isidore Isou in all his avant-garde battles. Lemaître would be the principal and constant propagator of Isou’s ideas, publishing his texts, helping him edit his first movie, presenting the political ideas of “Youth Uprising” in the French legislative elections of 1967, all the while developing into one of the most important creators of the movement. Lemaître is the essential and prolific painter of the letter and the sign, and just as importantly, the main photographer and filmmaker of the movement. Maurice Lemaître is the only one, with exception of Isou, who contributed major creative works to the whole spectrum not only of art but in many of the fields of knowledge, making him a major figure in the history of art and ideas of the 20th century.

Gérard-Phillipe Broutin (born 1948) is the last member of importance having joined Lettrism after may 1968. He is a poet, composer and a sculptor. He is 64 years of age and of good health. That said he believes that his uncompromising artistic life (originally as a Lettrist standing alongside Isidore Isou during the 1968 Paris students and workers' revolt) and his isolation from others is the price he has paid for being creative. He has developed a unique minimalist style in all the art forms invented by Isou - hypergraphics, imaginary art and excoordism - and also wrote 2 lettrist concertos.

This exhibition, curated by Frédéric Acquaviva, is the first lettrist exhibition ever to show in isolation the connection between two members of two generations of the group.

A double-sided fullcolour A2 exhibition poster (one side as above, other side with a collaborative artwork by Lemaître + Broutin) is available for 10 Euro. Edition of 60 copies, signed & numbered by Broutin. 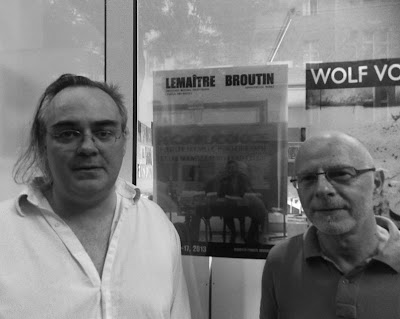