An exhibition of artist-letters / correspondence 2008-2011 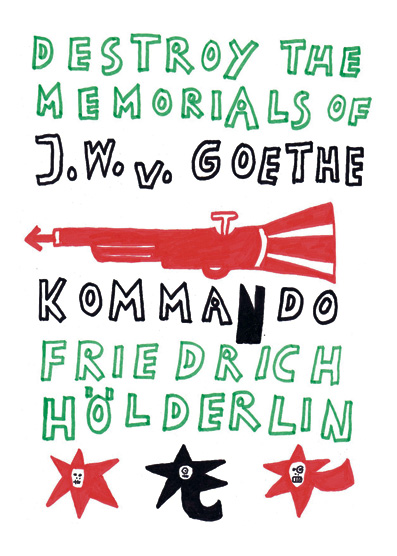 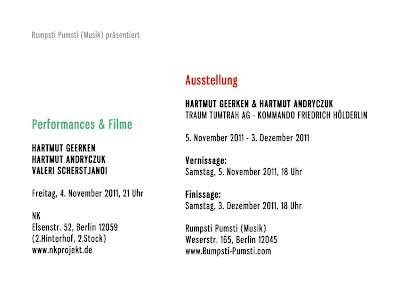 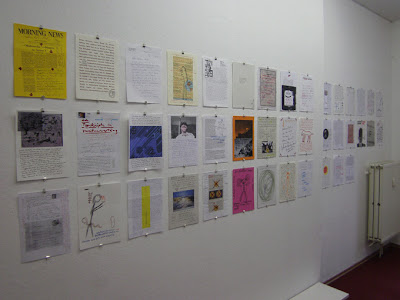 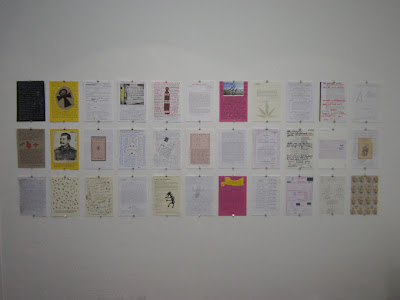 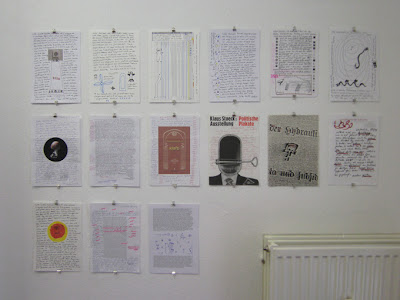 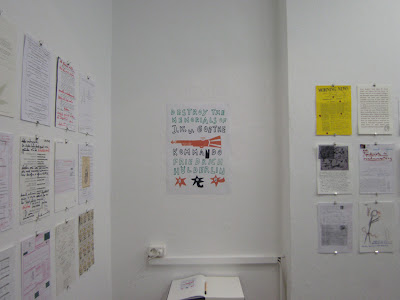 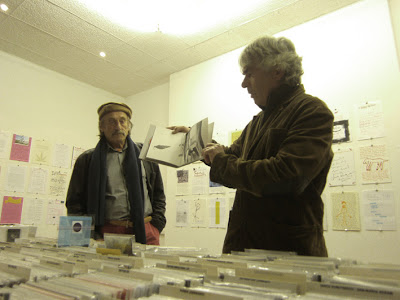 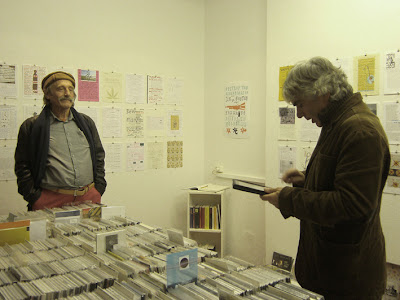 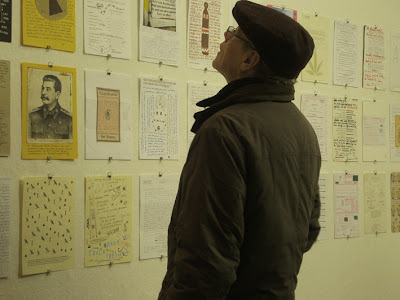 
Hartmut Geerken (1939) is an author, composer, musician, film-maker, performer, actor, mycologist, archivist, stager of exhibitions, publisher of numerous authors from the circle of literary expressionism and dada, lumberjack, and bumble-bee-keeper. As a percussionist, he has collaborated with a variety of free jazz musicians such as Sun Ra, John Tchicai, Sainkho Namtchylak. As a poet, he is a practitioner of concrete poetry and organizes events such as the annual Bielefeld New Poetry Colloquium. As an actor, he appeared in six films by Herbert Achternbusch and appeared in two of Achternbusch's plays at the Munich Kammerspiele. due to his knowledge of exotic languages (arabic, turkish, persian) he is employed by the Goethe Institute. He lives and works for the institute in his capacity as a tutor and head of department in Cairo (1966-72), Kabul (1972-1979) and Athens (1979-1983). On account of his current cultural and educational activities, which are felt to be of a provocative nature, he is transferred back home to germany for disciplinary reasons. Since 1983 he has been living as a free-lance artist in Wartaweil, which is near Herrsching on lake Ammer.
www.hartmutgeerken.com