Dutch artist Toine Horvers (born 1947) started in 1969/1970 as a visual artist with movement experiments using his body as a way to explore the relation between time and space. Soon after, performances followed in which he connected these movements with actual architectural space and actual time, for instance by performing a piece over 24 hours. Sound, in the form of monotone voices or constant drum-rolling, became an important element in these works: sound as a means of making human energy spatial and perceptible. Horvers used to call his immaterial works ‘sculptures’ as an attempt to create statements of energy. Through the years language has increasingly become his source of inspiration, becoming both concept and matter and appearing in individual and group performances as well as in installations, books and electronic text displays. The source however is always his fascination for the intangible relation between time and space which he expresses in forms, patterns or procedures that often show similarity with patterns and procedures in ritual ceremonies as well as in childrens' games.

At the opening Toine Horvers will present a short performance/reading of his recent work 'One Voice' (a study around the musical concept of Unisono, or Monophony) with the co-operation of Marcus Bergner (of the group Arf Arf, Melbourne). Afterwards Horvers and Bergner will perform some Arf Arf sound-poetry pieces together. 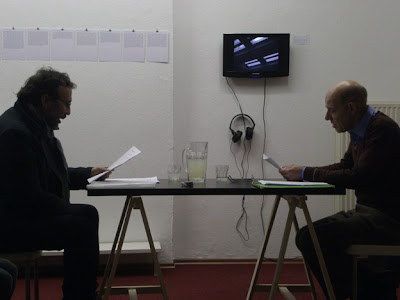 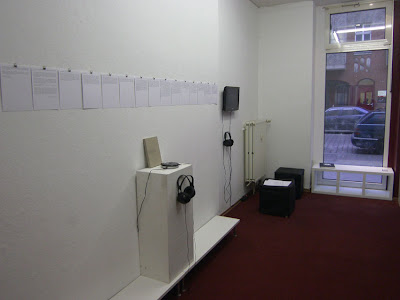 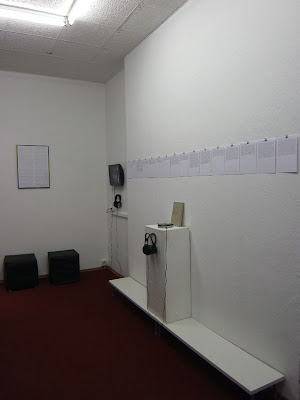 Selected Recordings of Performances & Installations 1982-2004 by Toine Horvers. A CD-Box edition curated by Toine Horvers & Daniel Löwenbrück for Tochnit Aleph (TA103) in 2011. CD and 15 text-sheets in black folder, housed in a custom-made box (215x150x16mm). Edition of 120 copies plus special edition of 30 copies with a handwritten A4 sheet by Toine Horvers. Signed and numbered. 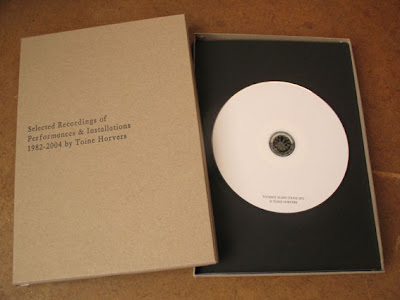